“Twenty years ago, when Irish society was gripped by the fate of the Birmingham Six, the Guildford Four and the Maguire Seven, those principles would, I think, have been widely acknowledged. But even in those days there was a contradiction in our attitudes: miscarriages of justice, lies or other short-cuts by the investigators – these were things which took place in other countries, by corrupt or racist police – and were smugly criticised here, where, of course, everything was perfect.

The fact is that, during much the same time as these miscarriages of justice were unfolding, so too, in Ireland, was the Sallins mail trail robbery case which led to massive settlements and grave damage to the reputation of our policing and criminal justice systems. But we have never, as a country or as a community, internalised the lessons of that event or of the other declared miscarriages of justice which have taken place since.”

(“Weasel words and Doubtful Meanings: A Study in the Language of Law  Reform” Judicial Studies Institute Journal [2007:2 at 8])

As the seeds of police state develop, Osgur Breatnach re-visits his nightmarish conviction for the Sallins mail train frame-up, his subsequent efforts to quash the conviction and force a public inquiry. 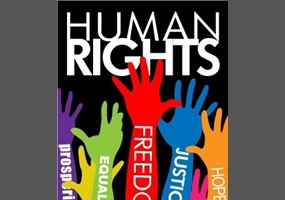