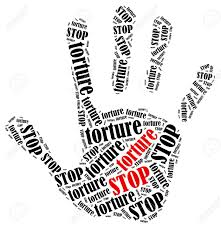 Amnesty International has been concerned by the increasing number of allegations reaching the organisation during the past year that arrested persons in certain categories have been maltreated while in police custody. Most of these allegations have concerned persons who have been arrested on suspicion of involvement either in terrorist offences or in other serious crimes where there has been a suspected political motive. They have been arrested and detained under legislation which has given the security forces extraordinary powers of search, arrest and detention with regard to certain offences related to the security of the state.

The Amnesty International mission to the republic of Ireland undertaken in June 1977 by Mr. Douwe Korff, a Dutch lawyer and Ms Angela Wright of Amnesty International’s International Secretariat to inquire into allegations of police brutality to detained suspects focussed on the following issues: the nature of, and evidence for, the allegations themselves; the possible contribution of the emergency and other anti-terrorist legislation to the incidence of such brutality; the possible judicial consequences of brutality with particular regard to the admissibility of statements made in police stations.

It is the view of Amnesty International that where special legislation reduces the safeguards normally revailing with regard to the rights of arrested or accused persons, particularly careful scrutiny should be made into any allegations of violation of those rights. The powers given to the police under the Emergency Powers Act (1976) to arrest and detain suspects for up to seven days without charge entail reduction of safeguards against possible maltreatment or oppressive questioning of suspects. Amnesty International has also examined charges that some sections of the Offences Against the State Act 1939 and the Offences Against the State (Amendment) Act (1972) have also contributed in practice to a reduction of such standards. In examining the extent to which important safeguards may have been reduced, Amnesty International has also taken into account the fact that certain relevant guarantees contained in the Irish Constitution, such as the right of habeas corpus, have been specifically preserved by the Supreme Court at all times including during the period of operation of the emergency legislation.