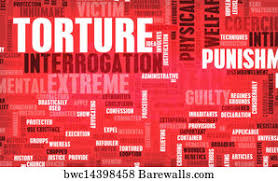 The delegates obtained direct testimony from eight persons who alleged that they had been maltreated while detained in police custody; seven of these eight had been arrested and detained under the Emergency Powers Act. Two of the alleged victims interviewed by Amnesty International also testified indirectly to the maltreatment of two other persons arrested and detained together with them. A ninth person who had been detained under the Emergency Powers Act did not allege that he had been maltreated but testified to the maltreatment of another person detained with him. The Amnesty International delegates also interviewed 16 lawyers who corroborated some of the accounts given directly to the Amnesty International delegates and who supplied information on a further 17 cases of alleged maltreatment in each of which medical evidence is available to the lawyers.

The delegates were able to examine medical reports in eight of the 17 cases and photographs showing injuries in a further three cases. They examined affidavits of the alleged victims in a total of 15 of the above cases. The mission examined a total of 28 cases in which allegations of maltreatment were apparently corroborated by medical and other evidence. There were a number of other cases reported to the Amnesty International mission in which the delegates were unable to satisfy themselves that medical or other possible corroborative evidence was available.

With the exception of two cases concerning arrest and detention in late 1975 the 28 cases referred to above related to the period from April 1976 to May 1977. Fourteen of the persons concerned were arrested and detained under Section 2 of the Emergency Powers Act; eight of these 14 were subsequently released without charge and the others were brought to court and charged at the end of their period of detention in police custody. The remaining fourteen were arrested under the Offences Against the State Act.

At least four of the 14 persons arrested under the Offices Against the State Act were released without charge at the end of their detention in police custody and charges against another three person have since been dropped. Of the 14 detained under the Emergency Powers Act and alleging maltreatment two were held for seven days, four for five days, three for four days, two for three days and three for less than 48 hours.

Amnesty International has details of each case mentioned in this report in its files, including the name and date of arrest of each person mentioned. However, no persons have been mentioned by name in this report. This is in respect of the wishes of some of those interviewed by Amnesty International who stated they did not wish to be named, and in respect of solicitors who stated that certain of their clients did not wish to be mentioned by name. In many of the cases referred to in this report criminal trials against the alleged victims or civil actions against the police are pending. In a few cases person who had been released without charge after arrest wished to remain anonymous because they did not wish it to be known that they had been suspected of involvement in politically motivated criminal offences.