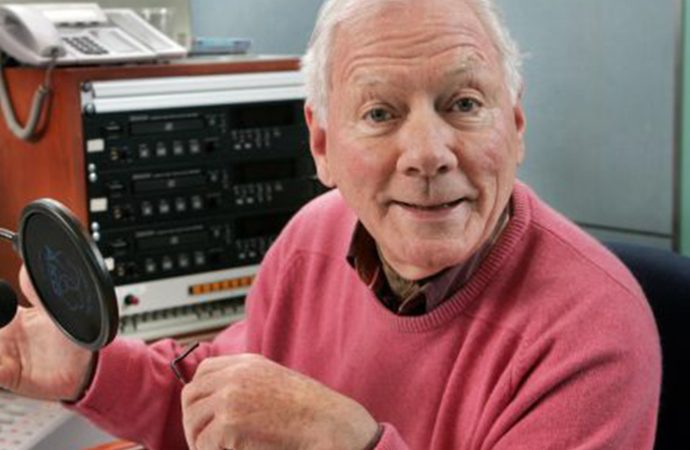 After the Presidential Pardon for wrongly accused Sallins Man Nicky Kelly, and as public awareness grew of the Sallins Case injustice due to ongoing media coverage, Garda Heavy Gang members sought to close down comment.

They hauled The Sunday Press and The Irish Times before the High Court after interviews with Breatnach on the grounds of contempt of court. They argued that any coverage of the allegations in the case constituted contempt, as Osgur Breatnach had a civil action for damages before the court against them seeking damages for assault and battery, false imprisonment, intimidation, malicious prosecution and failure to vindicate his constitutional rights.

Breatnach was conducting a successful media campaign to highlight the case at the time, having led the campaign strategy for the Release of Nicky Kelly.  In recent weeks he had appeared on the Shay Healy’s Nighthawks show.

Following an interview with Osgur Breatnach in April 1993, on the Gay Byrne Show, Chief Supt John Murphy, Thomas Fitzgerald, Thomas Dunne, William Maher, Gerry O’Carroll and James Butler sought an order from the High Court to jail Gay Byrne for contempt of court. They also wanted RTE to have funds sequestered by the court.

A success in any of these cases would have resulted in gagging future comment on the Sallins Case and the Heavy Gang: a serious erosion of freedom of the press.

The case became a hole dug by the Gardai, a hole that got larger as the case continued. The case ran for a week during which the interview with Osgur Breatnach was played and replayed and reported on in the national media daily. Meanwhile, as Gay Byrne gave sworn evidence refuting contempt, it upset and annoyed the thousand of listeners to RTE’s top radio programme and further isolated Heavy Gang members.

The High Court threw the case out of court on the basis that everything in the interview was common knowledge. Judge Frederick Morris later went on to head the Morris Tribunal into the notorious Garda Corruption in Donegal.

Shortly after the High Court fiasco, the State said they would no longer defend the Gardai against the claims of malicious prosecution failure to vindicate constitutional rights and false imprisonment made by Breatnach.

STATE BACKED GARDA COSTS FOR EVER

They refused to represent the Gardai being sued by Breatnach going forward. Following High Court proceedings in which Gardai claimed the State could not abandon them, the State backed down and agreed to indemnify Garda costs, ad infinitum.

Meanwhile, the government opened discussions on compensation for the Sallins Men. On the basis that all relevant information had been ‘discovered’ to the Sallins Men and that a public inquiry was imminent, the cases of the Sallins Men were settled out of court. There was also the threat of ‘court lodgements’.

Court lodgement meant that the State would have lodged an amount in court they considered ‘adequate’ to meet the claims against them. Unaware of this lodgement, if a future jury offered less to Breatnach, Breatnach would have been burdened with the entire costs, not only of his own huge legal costs, but also those of the State and those of the Gardai. In effect, he would have ended up with no compensation but in fact a penalty to cripple him financially for the rest of his life.

Osgur Breatnach at a press conference

It has since become clear that these State approaches and discussions on compensation were fraudulent. Having dragged the cases out since 1976, now in1993 they were claiming they had given Breatnach and the other Sallins Men all documentation they were legally obliged to.

However, they secreted a review of the Sallins Case made by the Director of Public Prosecution (DPP) in 1982, in view of the growing evidence of garda perjury in the Sallins Case. In that review, amongst other issues exposed, the DPP stated Breatnach (nor any of the Sallins Men) should EVER have been charged in the case. If the DPP knew then what he knew now about the case, he said, he would not have charged anyone!

Such a document presented under discovery would have altered the entire negotiations and the campaign for a public inquiry.

All governments to date have failed to make this document public.