A broad based campaign for an independent sworn public inquiry, to expose the truth behind the injustices in the Sallins Train Robbery Case and the continuing cover-up.

ICCL and Amnesty call for inquiry into Sallins train robbery

Following the broadcast of the RTÉ Documentary on One “Whistleblower” on 6 July, ICCL and Amnesty International Ireland reiterate our calls for an independent public inquiry into the Sallins case.  Both organisations will be writing to the Minister for Justice in this regard.

Even after 43 years, the prosecution and conviction of Brian McNally, Osgur Breatnach and Nicky Kelly for the crime of robbing a train at Sallins in 1976 continues to cast a dark cloud over the Irish justice system and especially over Irish policing.

The State has called the Sallins case a ‘miscarriage of justice’ which suggests rights were violated through some mishap. However, the circumstances of the case suggest a purposeful campaign to frame men who were known to be innocent for a serious offence. It also involved serious ill-treatment, potentially amounting to torture, of those men while in custody by a covert group of gardaí who were organised to operate outside of the law.

As we advance with a comprehensive process of Garda reform, we must address outstanding abuses from the past if public confidence in policing is to be restored.  Cases like Sallins, and Kerry Babies, will continue to haunt our society and hold back reform of our justice system until they are properly investigated and the truth is uncovered.

From a human rights perspective, it is notable that this case arose around the same time that Ireland was bringing a case to the European Court of Human Rights concerning the use of abusive interrogation techniques in Northern Ireland.

In 1990, Amnesty called for an independent inquiry into what these men experienced in garda custody and during their trial. The serious and credible claims of garda ill-treatment in this case were never properly and impartially investigated. This remains a stain on Ireland’s human rights record.

We have commended Ireland for taking the UK to the European Court of Human Rights in 1978 in the Northern Ireland Hooded Men case, and for continuing to support those men’s pursuit of justice. It is time for the government to finally live up to its own human rights obligations of truth, justice and redress in the Sallins case.

The Sallins case also exposed fundamental weaknesses in the non-jury trial system before the Special Criminal Court, a court whose continuing operation under a different evidential scheme continues to cause grave concern today. The key question of whether what appears a miscarriage such as this could happen again remains live.

You can listen to or download the Whistleblower Documentary HERE 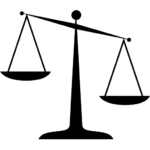 You can make contact with the campaign on info@sallinsinquirynow.ie